18 ways to reinvigorate your running training 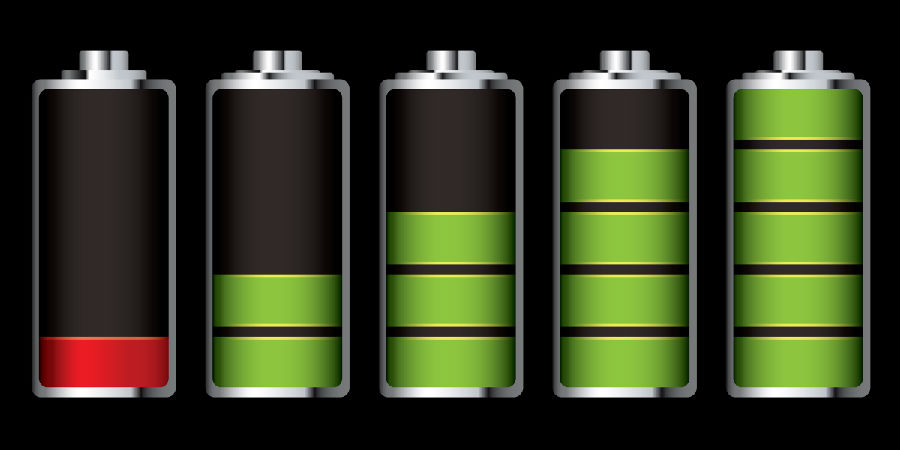 Winter is coming and the thought of getting out of a warm, comfortable bed to run through the cold, dark, wet streets is certainly not enticing, is it?  You’re not alone.  Those streets and parks that were busy with happy athletes during the warmer, sun-drenched months are now lonely, empty spaces and you’re not alone in wanting to ignore them.

But I’m here to suggest something different!  Running in winter is MORE fun than at any other time.  Don’t lose the fitness that came from all the hard work you put in over summer.  There are many ways to put your fitness to the test throughout Winter, so let’s keep training and imagine how fit, fast and sharp you will be when the weather turns heavenly once again!  The streets are yours to do what you want.  And I’m going to show you how:

Enter a race or two.

There are probably more races staged in winter than you realise!  Jump on a site like www.eventlist.com.au, filter by sport, then pick and chose!  You could choose from running, adventure sport, orienteering, obstacle racing, duathlons… you name it.  Mix it up; never done orienteering before?  Enter a race and keep things interesting.  Book and pay for a race and you’ll have so much more incentive to get out and train.

Mix up the type of training you do.

In the same manner as picking a race that’s a little different to what you normally do, do some training a little different to how you normally train.  Normally run a steady state 5 or 10kms?  Mix it up with some intervals.  Try running to the park, do 10 x 200m sprints, then run home.  Try something different and you can’t go wrong.  Your body and mind will thank you for it.  How about running Fartlek?  It’s just Swedish for ‘speed play’ and allows you to mix up a run with short sprints, side steps, running backwards, skipping, or any other form of human powered locomotion you can think of.  Run for 5 minutes at a steady state, then sprint to the next street light, cruise along for a bit and skip between side streets, continue running and then alternate sprints and side steps for 30m…  The possibilities are endless and you can make it up as you go.  It keeps things interesting and will make you a faster runner!  Throw some hills in and it’s an entirely different run.

Change the area you train in.

Sick of that loop you do around the park?  Look for another park.  Maybe drive somewhere and do a different loop.  Or maybe don’t do a loop at all…  Running one-way allows you to go further from home and explore areas you don’t usually spend time in.  Take the train one way and run back.  Run home from work (this one is the best!  Destress, free transport, not stuck in a stinky packed carriage, get a run done in what would normally be dead time!).  The sport of Running is so flexible that there are many ways to make it feel new again.  Running in an area I don’t normally go is my favourite.  Explore on foot…

Buy that apparel/ equipment you wanted.

You have your eye on that watch, don’t you?  You can have it- but only after you’ve logged 10 more sessions with the old watch!  Want a jacket for running in winter?  Go out and get rained on first!  Then you deserve it.  New equipment increases the desire to go out and run, but it’s very easy to buy it all and then not use it.  Prove to yourself that you will use it by running without, and then reward yourself with that new toy!

Oh my goodness!  The most underutilised tool in an athlete’s arsenal; the trail run.  Benefits: strengthen ankles, sharpen mind, reduce stress, reinvigorate running…  Detriments: ummm…  Go to google maps, find the biggest public green space within a reasonable distance and just go and explore.  Take a phone and leave all your worries behind.  If you get lost just keep running and when you’re ready to go home, use your phone.  If you see a trail, take it.  Try to stay off the sealed paths and get into the flow of trails.  If you’re in Melbourne, start with Yarra Trails from Studley Park Boathouse.  If you’re in Sydney, run Manly Dam.  In Brisbane, run Mt Cootha.  Hobart- Mt Wellington.  Adelaide- you kids all know the Adelaide Hills.  Perth- Ellis Brook Valley Reserve.  Sorry Darwin, I’m not sure but I’d love to come and find out!  And to our Kiwi friends; you kids can just go outside and you’re already in trail run heaven!  For some trail run inspiration in Aus/ NZ, download trail run magazine www.trailrunmag.com

Have you ever been out running when the wind or rain makes you wonder what on earth you’re doing?  Have you ever passed another runner or rider and you’ve given each other that knowing smile or nod?  That’s the giving of ‘hardcore points’.  Channel your inner Belgian Hard-man cyclist in mid-winter and go out running when the weather is at its worst.  When people start talking about how wild the weather is (because it will happen) you can casually drop in the fact that you ran through it.  Instant hardcore points.  Or if you’re more modest about it, just smile to yourself, knowing you went out running in horrible weather when everyone else cowered away from it.

I teach running technique so I am biased, but learning something new can keep running fresh throughout winter.  It’s actually the best time to learn as you have the ability to reduce volume and focus on improving your technique.  Learning something new gives you different goals.  Rather than the stale mileage or speed goals, you can create cadence or efficiency goals.  With new technique mastered over winter you are prepared to demolish your old goals over summer.

In line with learning something new, and with the added bonus of being able to do it indoors, learning to lift weights can be an invaluable addition to your running.  Don’t buy into the grossly incorrect notion that lifting will make you bulky.  Learn to Olympic lift and see how your running improves exponentially.

I know you’ve just bought that watch you really wanted but leave it at home every now and then.  No data, no tunes, just you and your feet.  Run for as long or short as you feel like.  Run free.  Whatever pace feels comfortable.  Just go.  It’s refreshing.  Liberating.  Either address your stressors when you’re out there or leave them behind.  Just ditch the data every now and then.

Two birds, one stone.  Get a run done, distress mid way through the day.  It doesn’t have to be a long run during the day but even in winter it will be light- unlike before or after work.

Of course you have read Born to Run but there are lots of other great running books out there.  I was never interested in running books previously but I’m starting to find some great stuff out there and it really does get me fired up to run.  I haven’t really enjoyed the technical books but stories about the people who changed the course of running have been fascinating.  Start with Steve Prefontaine, Emil Zatopek, or Percy Cerutty.  All fascinating characters that will get you excited to run.

What do you think you’re worth?  Unfortunately the other side of that equation is how much can you afford?!  But there’s something rather interesting, psychologically, in paying yourself to run.  If you pay yourself a few dollars each time you run, by the end of Winter you could have a few hundred bucks to spend on running stuff- or anything you want, really!  Maybe your Winter Running Salary could pay for your Summer race fees…

Got an out-and-back run planned?  Make the out portion a cruisy- mid paced run.  Turn around and race back.  You must ensure the return lap is faster than the first.  You’ll most likely find that your return leg, although much faster than you usually run, felt quite comfortable.  The long warm up played a big part in that.  Try this in other areas of your running- do a looonnnngggg warm up and then try for PBs or negative splits.

Play with it- parkour.

Remember those dark, cold, desolate streets you’re trying to avoid?  That’s your new playground.  Embrace it.  Watch some parkour on youtube and then go out for a run and utilise everything you see.  Jump gutters, sprint through sections, weave around trees or street signs, do pull ups on trees… just make it fun.  Winter running is about reinvigorating your running.  That comes from less structure and more fun.  Remember why you got into it in the first place and go play.

Get stuff done- run instead of drive.

Gotta go to the post office?  Run there.  Treat yourself like an on-foot courier.  Take a back pack and run to the supermarket.  Nobody cares if you’re sweaty- they’re just feeling guilty cos they haven’t been running.  Whatever chores you need to do, run them.

If you’ve been running a lot through Summer then Winter is a great time to deload.  Reduce the number of sessions you do each week and give your body and mind a break.  If you know that you’re not very disciplined through Winter then give yourself a realistic schedule that makes it easy to continue until the sun comes out again.

This is a big one for me- if I am wearing something ridiculous then I want to be sure that I’m running fast.  I’m quite bored with men’s running apparel and I considered running in women’s tights.  But if I’m to do that I wanna be fast.  I’ll tell you a secret…  When I was racing Triathlon in the 90’s I had an undercut and wore my hair tied back.  I was at my lifetime fastest during that period.  I’m growing my hair again cos I wanna race with an undercut but as I think it looks rude I’m going to make sure that I’m the fastest I can possibly be!  Nobody can knock you when you’re fast, right?  Or is it just me…

Have someone else take control.

If you don’t have to think then it’s a lot easier to just go out and do it.  Hand the reigns over to a coach and have them decide your running sessions.  Then when you wake up you just go out and do what you have to do.  There’s no deciding what to, no shortening the session because of the weather…  You have accountability to the coach and to your bank account to do it so you just get it done.

Have a running program written for you that takes into account all of these different methods and keeps your running fresh.