Technique and Strengthening… Not Rocket Science 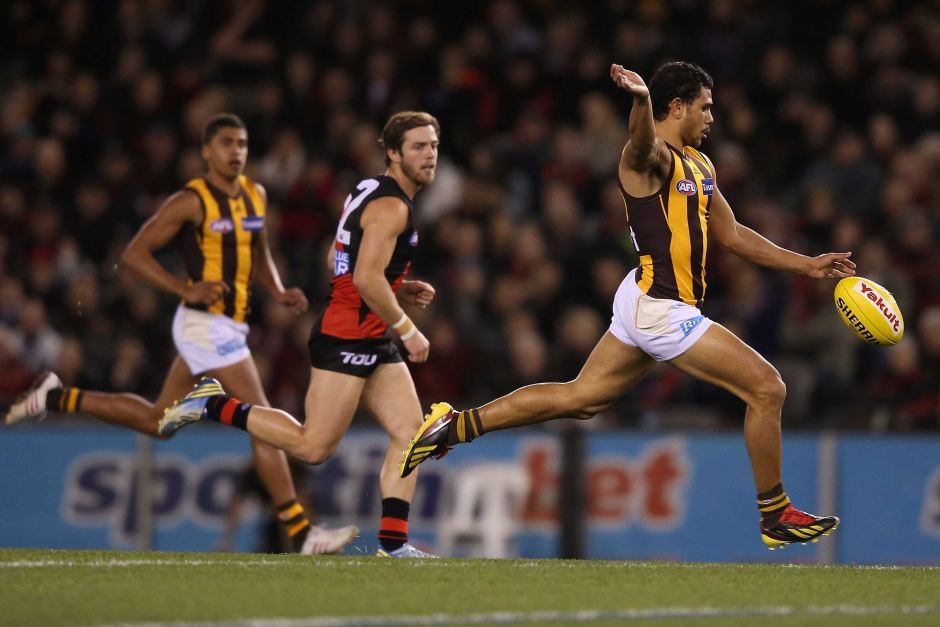 Saturday’s AFL Grand Final win and Norm Smith Medal might be the reward for 4 years of athletic reinvention for Hawthorn’s Cyril Rioli.

As The Age put it yesterday: “Hawthorn head fitness coach Andrew Russell allowed himself a beaming smile at just how much had changed in a year.” But it wasn’t just a year in the making. In 2011 after yet another hamstring injury Cyril began work on reconstructing his running technique. After 3 weeks out of the game he came back claiming he felt faster than he did when he first injured it. His aim back then was “not lengthening my legs out too far” and “standing taller using my arms more.” But as anyone who has put in the work to improve their technique knows, this is a long process.

More injuries came and went in the following years and throughout 2013/14 Cyril only played 28 of a possible 51 games. After a cameo appearance at last year’s grand final the Hawthorn fitness team decided he needed a more intensive strength and conditioning program.

Telling The Australian newspaper in February this year, Hawthorn’s GM Chris Fagan said: “We’re managing his hamstrings a bit more and changed his training and so far he hasn’t missed a beat.”  “Cyril is doing a bit more high-end sprinting among his normal training drills.”

But it wasn’t just sprinting. Andrew Russell told The Herald Sun earlier this year “We sent (club physiotherapist) Anthony Fernon over to Barcelona to a hamstring conference. We’ve had input from the AIS and we’ve got some great people inside our football club as well.

What transpired was a greater understanding of strength deficiencies in Rioli’s hamstrings and glutes.
Russell says: “We just thought we needed to better condition his whole posterior chain — his hamstrings, glutes and calves. We needed to get greater muscular endurance and build more muscular power because he is such a powerful athlete.”

“Every seven to 10 days we did 20-30 per cent more than he would do in a game in terms of running intensity.”
And it worked.

In July this year The Herald Sun made comment that ‘The long punishing chases from defence that saw him rip his hamstrings so often have been replaced by his speciality — the punchy 10-metre surges to drag down an unsuspecting opponent’. But as evidenced by the epic running down of Mark Hutchings in front of 98,632 people at Saturday’s Grand Final, the full circle of fixing running technique and strengthening the posterior chain is now complete and duly rewarded.