The Pose Method of Running 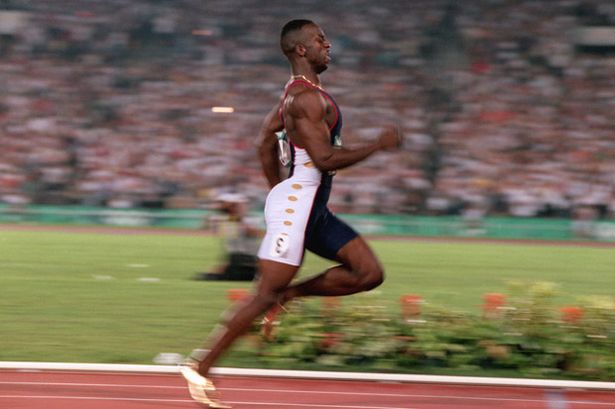 What is The Pose Method of Running?

Pose Running is a standardised running technique which takes advantage of gravity and large muscle groups for forward movement, and reduces the risk of injury by utilising muscle elasticity.  It is extremely efficient and as a result, makes the athlete very fast across all distances.  The technique can be learned in weeks and mastered over several months, but combined with strength and conditioning the Pose Method of Running is a valuable asset in human movement.

Current estimations suggest that around 80% of runners are injured every year.  Incorrect technique plays a huge part in that.  On an average 5km run you could take 4,000 – 7,000 steps.  If you’re stressing bones, ligaments or muscles there are a lot of opportunities to do damage.  A big part of Pose Running is ensuring that every step is efficient- for the benefit of injury prevention and for speed.

Features of the Pose

The fundamental features of Pose Method involve keeping a stable midline, leaning forward at the ankles, pulling the heel directly up under the hips, and maintaining a high cadence.  These movements will remove the tendency to heel strike; which is the number one cause of injury and slow running.  A heel strike not only creates a brake for the runner by placing something in front of the centre of mass but also sends shockwaves through the leg, causing damage to muscles and joints.  We want the foot to land below the hips after every step.  This will keep the athlete moving forward with minimal effort.  We want it to be easy!

Every runner, no matter how good or bad, moves into the figure 4 position.  In this position your legs look like a ‘4’.  The difference between a great runner and one not yet so great is the excess movement either side of the figure 4.  The Pose Method of Running looks to eliminate that excess movement and in doing so increases the speed of runners and reduces the risk of injury.

From when we start to run as kids until about 5 years of age our running style is extremely efficient.  The act of sitting for prolonged periods of time, along with growth and reduced exercise contributes to the degradation of our running technique.  Something that seems so natural must be re-learned if we are to run efficiently.  Luckily running is a skill and just like any other skill we learn it can be mastered.

With feet slightly apart and feet pointing forward, stand with slightly bent knees.  Activate your glutes and core by tensing and then releasing to allow just 10-20% tension.  Bend your elbows to 90 degrees, gently close your fists, relax your shoulders and put your head in a neutral position.  This is how you begin every run and your upper body will not change throughout the duration of the run with the exception of a small swing in your arms.

The pose is the figure 4 position.  Draw a ‘4’.  Your hips are at the top of the 4, one leg is straight down to the ground, the other is bent at the knee and comes back to cross the support leg.  To get into this position you will pull one foot directly up toward your hips in a straight line.  This is one of the benefits of the pose method; there is no movement beyond the bare necessity.  Inefficient runners will kick the feet out the back but this creates extra work with very little gain.  In the Pose Method the foot will sit somewhere between the calf and the knee, just behind or beside the support leg.

Keeping the core activated lean forward to position the hips over the toes.  Bend at the ankles to move your centre of mass forward.  The upper body should not have changed from the starting position, although you may be on a slight angle.  This puts the weight ever-so slightly in front of your legs.  It is important at this stage not to bend at the hips.  Keep the glutes and core activated.

Now we start running.  Pulling your support leg directly up to your hips is the only action you need to concentrate on.  Aside from the opposite leg falling to the ground at the same time and a small arm swing, no other part of the body moves.  In the pull phase, imagine your foot is tracking the inside of the support leg.  It is not pushed out to the front, nor to the back.  It travels the shortest distance possible toward the hips.  As one foot is pulled up, the other drops to the ground, directly under the centre of mass.  This piston like action is the only effort the athlete needs to put in.

You may wonder how the athlete moves forward if the feet only move up and down…  Forward propulsion is thanks entirely to the lean.  Gravity pushes us down but when we position the hips over the toes it adds a slight lean (only about 5-10  degrees) the piston like motion of the legs propels us forward.

A commonly neglected element of the pull is cadence, or leg turnover.  You can utilise muscle elasticity by increasing your leg turnover.  A minimum of 180 steps per minute (or 90 steps each side) will take advantage of the natural springiness of your muscles and tendons and reduce the effort required to take the next step.

The benefit of the pulling phase is that it utilises bigger muscle groups (glutes and hamstrings) and therefore takes longer to fatigue.  Dropping feet directly below our centre of gravity stops us from heel striking which eliminates the brake out in front that slows us down.  This also removes the excessive force through the joints which reduces the risk of injury.

The Pose Method of Running is not the only way to run but has been proven to be very efficient and reduces injuries.  Like all human movement this will take practice but the incredibly simple process of pose, lean, pull will have you running faster and longer.

If you’d like me to show you, face-to-face, how to utilise the Pose Method, book a session now.

NEXT ARTICLE IN SERIES: The Art of Falling